The air you and I breath is unhealthy 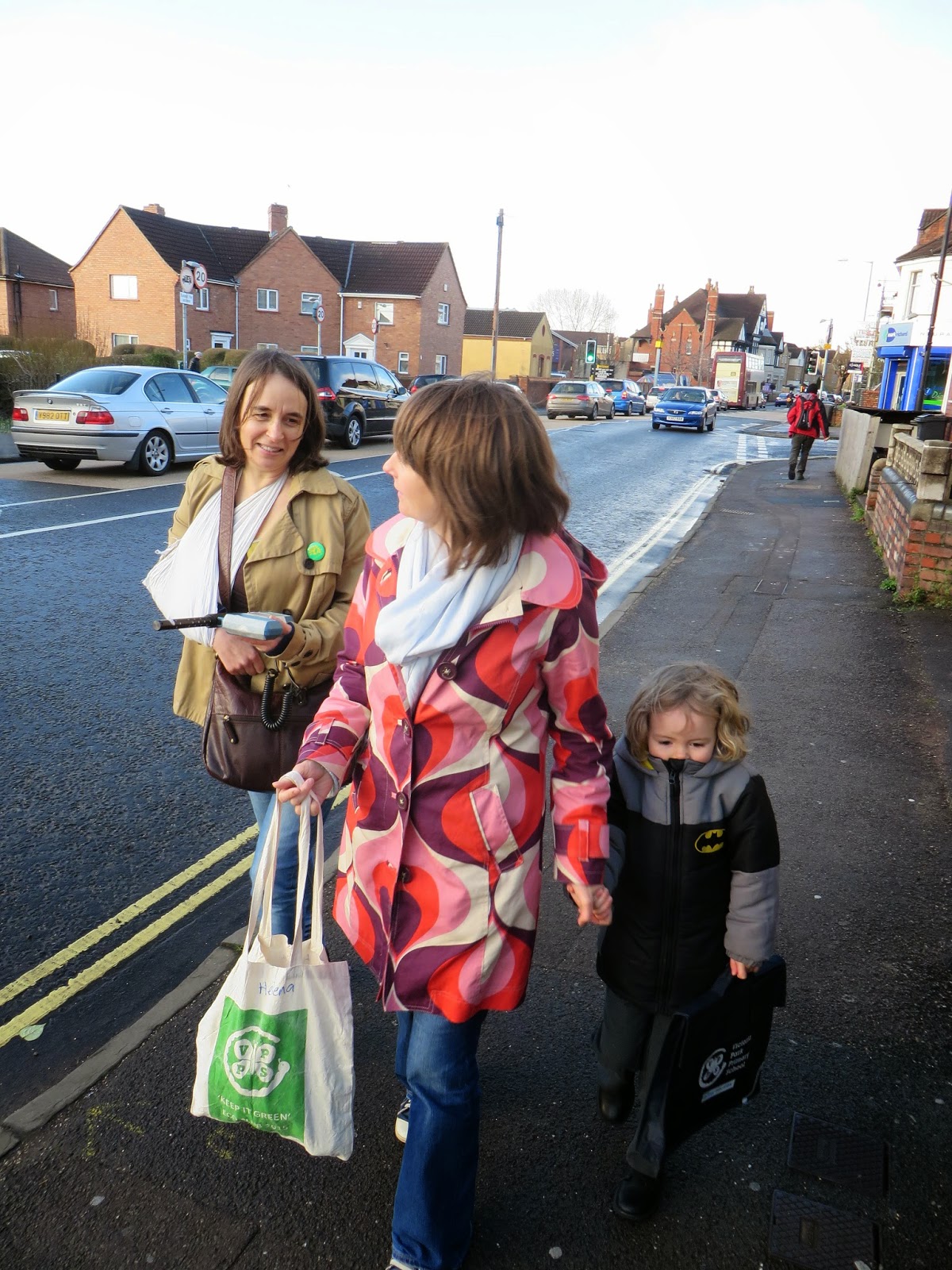 Met with Jenny O’Donnell a resident in the St John’s Lane area who got in touch concerned that the air quality in her area was unhealthy.

I walked with Jenny and her young daughter on 24 Feb along their usual early morning route to Victoria Park Primary School taking pollution measurements with a monitor.

We know there is an air pollution problem in Bristol (see today's news http://www.bbc.co.uk/news/uk-31965769) and in particular along places like St Johns Lane, with its busy, frequently backing up traffic, because we can all smell it, see the vapours and occasionally get a horrible taste of it! 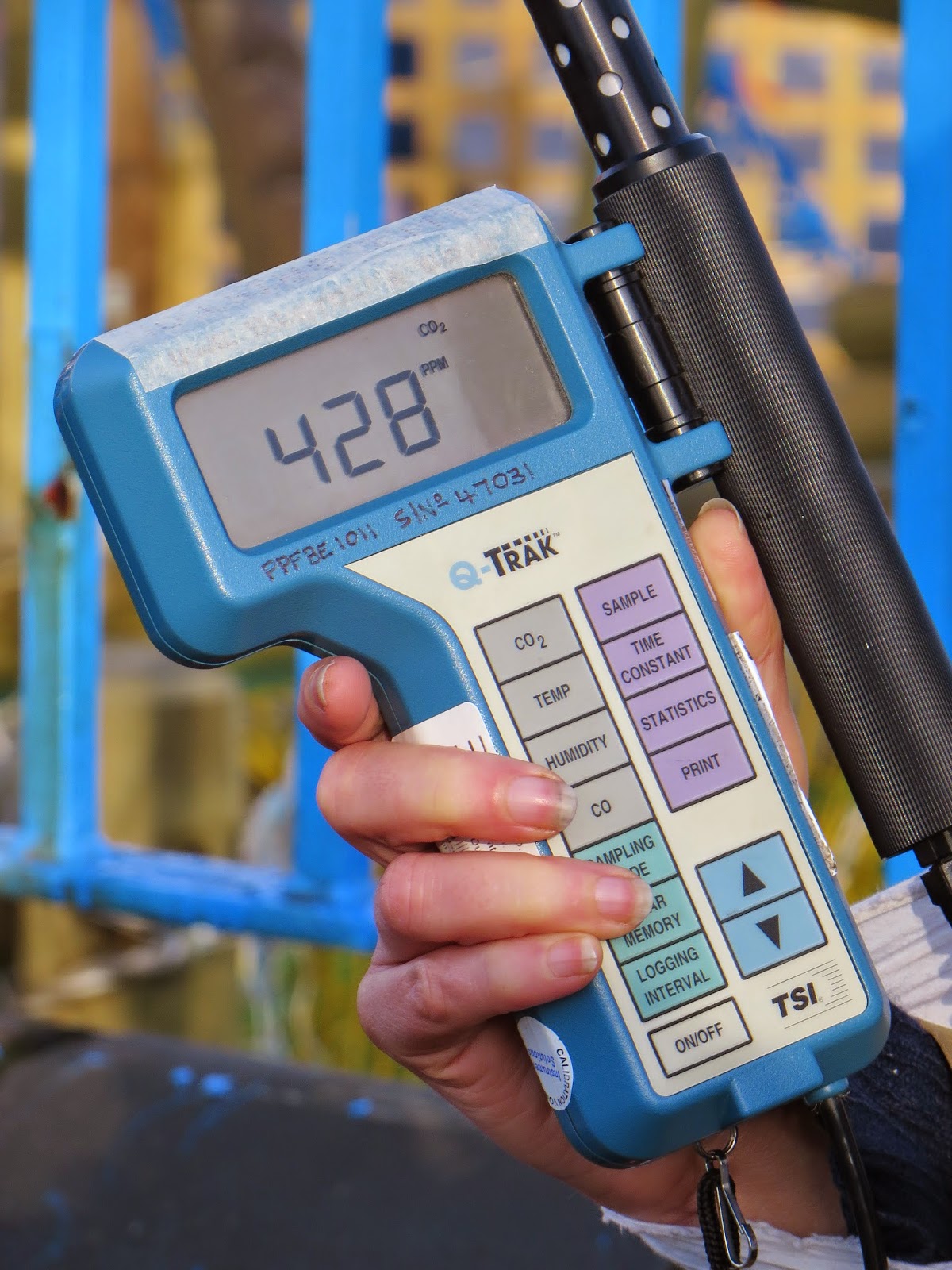 The data we obtained on the route from house to school showed that climate change causing carbon dioxide levels ranged from 420ppm to 480ppm, with an average of 435ppm (pre-industrial levels were 285ppm and the UN originally had a target of keeping levels below 400ppm on average across the globe to limit climate change!).

Carbon Monoxide pollution levels we measured were below the legal limit, ranging from 0 - 6 ppm when the EU limit for an 8 hour average is 8ppm. This is due to more efficient combustion in each new vehicle, with old cars, vans and lorries now far less common on our roads too.

I collected nitrogen dioxide pollution data from the nearest council pollution monitoring station for the same day we took our measurements (24 Feb, 8.30 - 9.00 am), at Parson St just down the road. This data, presented in the graphs here, shows that there is certainly a problem with this pollutant. 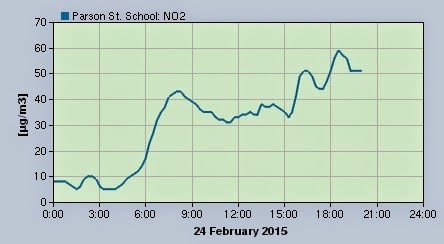 One graph (the hourly one, left) shows how the gas builds up at just the time when children are going to school and being picked up. The other graph (the monthly one over a one year period from Feb 2014 to Feb 2015, below left) show that nitrogen dioxide levels easily and frequently and on average exceed the EU limit value of 40 micrograms per cubic metre where Jenny and her daughter live. 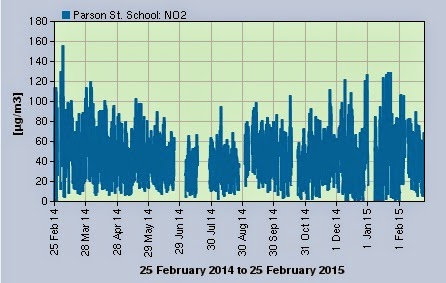 This means that on average the gas is persistent in her area and will have health impacts. See
http://ec.europa.eu/environment/air/quality/standards.htm
http://www.who.int/mediacentre/factsheets/fs313/en/
http://www.bristol.airqualitydata.com/cgi-bin/introduction.cgi
http://www.bristol.gov.uk/page/air-quality-bristol

As well as collecting more data over a longer period of time it would have been preferable to be able to collect data on a range of other pollutants, like particulates and ground level ozone and various hydrocarbons, but the council is not monitoring these at Parson St. In fact the existing monitoring stations across the city are threatened with being reduced due to the cuts agenda (we need more data not less!!). 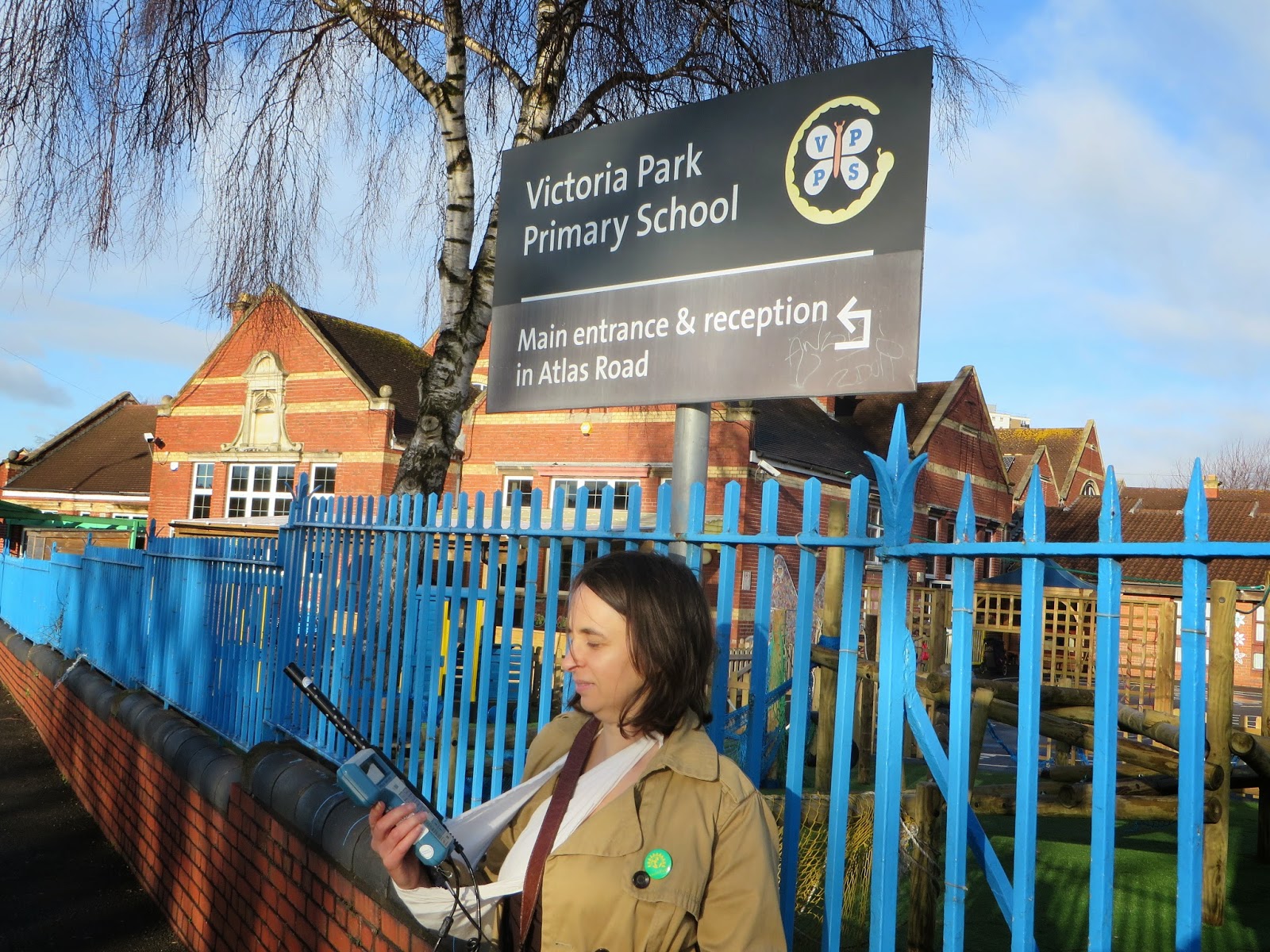 I'm looking into being able to make some further measurements of our own at the end of March or beginning of April and will report about this. Since nitrogen dioxide pollution is high, on average, it’s likely that particulate pollution is also high on average - and in certain weather conditions ozone levels may become high too.

The data collected was shared by Jenny with Victoria Park School. They may want to talk to other schools in Bristol eg Parson St School at the other end of St Johns Lane about the air pollution problem (if they haven't already). 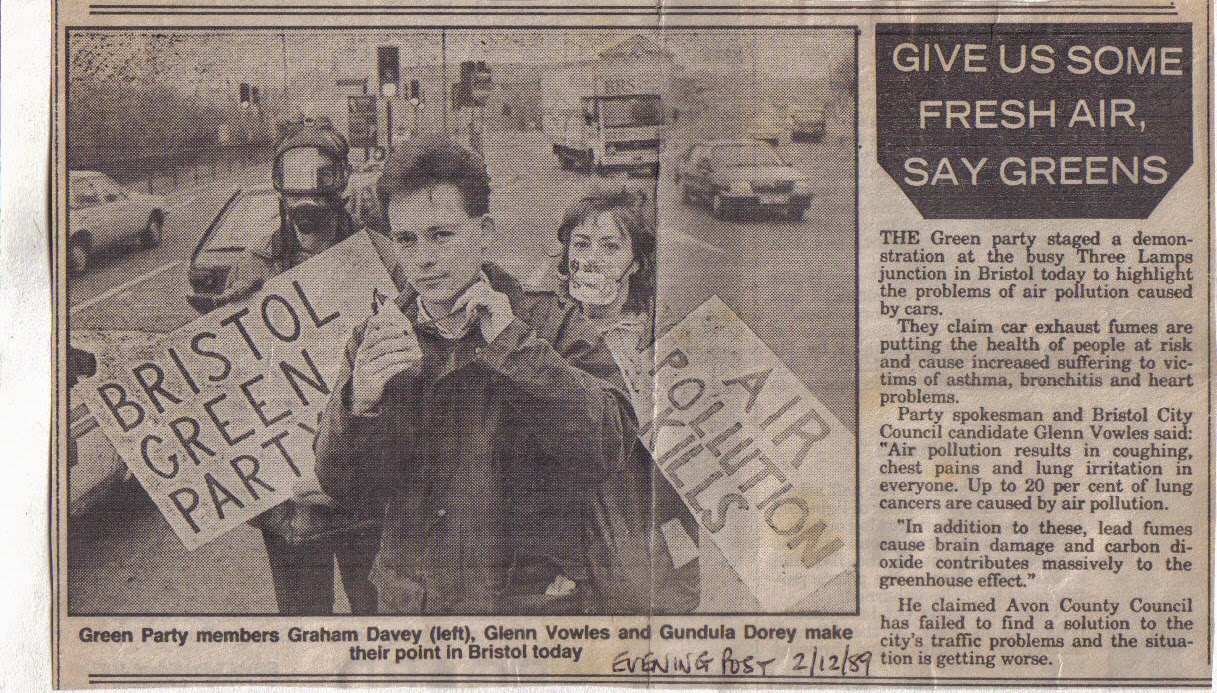 Greens have campaigned against air pollution in Bristol for over 30 yrs (see newspaper clip from 1989, click to enlarge). I'm  working in particular with Knowle Green Campaigner Glenn Vowles, featured in the clip, and Tony Dyer, Bristol South Green Candidate on air pollution. It’s a big public health issue so it’s important to keep going on it and try to get full and proper pollution monitoring, more walking, more cycling, cheaper, cleaner buses - and bring a cheap/clean ultra light rail system to Bristol to provide alternatives and lessen the need for car use.

See http://tonydyerforbristolsouth.org.uk/ and http://sustainablecitiessustainableworld.blogspot.co.uk/ - all Greens have air pollution very high on their list of policy priorities.
at 8:59 PM